The Four Lamps Through the Eyes of Neuroscience

Berkeley professor David E. Presti, Ph.D., discusses with host Tenzin Wangyal Rinpoche a scientific perspective of “The Four Lamps,” an ancient, pith dzogchen teaching that describes our own eyes as a doorway to innate self-awareness. The teaching was recently presented in a series of Facebook Live broadcasts with Tenzin Wangyal Rinpoche. “The Four Lamps” is taken from the 11th nail of “The Twenty-One Nails” of the Zhang Zhung Nyen Gyu, one of the most important dzogchen teachings of the Tibetan Bön tradition. According to the teachings, our own eyes are considered a doorway to innate self-awareness; through this doorway we are introduced to the four lamps, which together have the capability to clear all darkness.

As a concluding highlight of the broadcast series, this conversation between Dr. Presti and Rinpoche offers a new dimension of understanding of the Four Lamps, including a discussion of how the eyes communicate with the brain and the rest of the physical body. 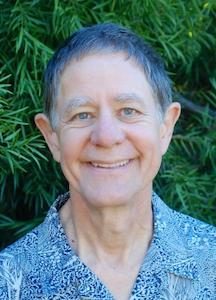 David E. Presti is a neurobiologist, psychologist, and cognitive scientist at the University of California, Berkeley, where he has taught since 1991. From 1990 and 2000 he worked as a clinical psychologist in the treatment of addiction and post-traumatic stress disorder (PTSD) at the Department of Veterans Affairs Medical Center in San Francisco. Dr. Presti received his doctorate in molecular biology and biophysics from the California Institute of Technology and in clinical psychology from the University of Oregon. For 10 years (1999-2010) he served as a core faculty member in the California School of Professional Psychology (Alliant University) graduate program in psychopharmacology, providing training to clinical psychologists interested in prescribing psychotropic medications. Since 2004 he has been teaching neuroscience to Tibetan monks and nuns in India and (more recently) Bhutan, as part of a dialogue between science and religion initiated by His Holiness the Dalai Lama. His areas of expertise include human neurobiology and neurochemistry, the effects of drugs on the brain and the mind, the treatment of addiction, and the scientific study of the mind and consciousness. Learn more about Dr. Presti here