The Problem of Identity in Buddhism and Psychoanalysis, Part 2

This video begins with Tenzin Wangyal Rinpoche’s sweet offering, “I Am No One.” For some this may be enjoyed as a poem, a creative expression; others may recognize it as a pointing out instruction which can be experienced as well as understood.

Rinpoche and his guests then discuss their sometimes similar and sometimes differing views on identity as well as the processes for dealing with painful identity. This group speak as therapists, practitioners, teachers. All agree that spaciousness is desirable for goals of both Buddhist practitioners and patients of psychotherapy, regardless of the ultimate goal.

When pain and inner struggle are engrained and become so familiar, they are not necessarily even experienced as pain but rather are simply experienced as “me.” How do we find the path back to natural mind or even to ability to enjoy life? What are the obstacles to being able to host our pain with self-compassion? While the goals of psychotherapy and dzogchen meditation may be very different, just how do the approaches differ? Can they complement one another? How can the psychotherapist’s view allow for the possibility of spontaneous recognition?

View on Facebook to join the chat, or view here on this page. 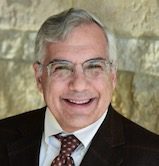 Mark Siegert, Ph.D., is a clinical and forensic psychologist, and is a former faculty member at Harvard University, Harvard Medical School and Columbia University. His post-doctoral training has included a full, interpersonally oriented training in psychoanalysis at the William Alanson White Institute (five years), helping troubled individuals and couples to become one with themselves, their humanity, their potential, and their self-esteem. Mark also works to help individuals become more comfortable staying fully themselves while in relationship to others. Mark has been a guest on Fox News’s “The O’Reilly Factor” and CNN, and has been interviewed by Paula Zahn, Connie Chung, MSNBC, Fox and Friends, WNBC’s Today Show, and NPR’s Morning Edition. Mark began his meditation studies in 1993. For pleasure Mark loves skiing, kayaking, star-gazing and being in nature. 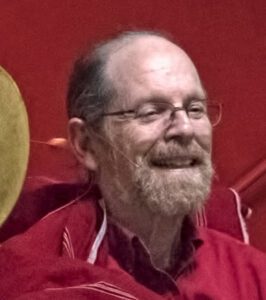 Harvey Aronson, Ph.D., also known as Lama Namgyal Dorje, holds a B.S. in chemistry from Brooklyn College, an M.S.W. from Boston University, and a Ph.D. in Buddhist studies from the University of Wisconsin. He has studied extensively with prominent teachers in the Geluk, Dzogchen, Bön, and Theravada traditions in Asia and the United States. Nyingma dzogchen master A.dzom Rinpoche formally recognized him in 2010 as Dorje Lopön (vajra study master) and empowered him to provide support to advanced students immersed in traditional Buddhist practices. Harvey is an author and recognized scholar on the intersection between traditional Buddhist practice and Western therapeutic modalities. Also licensed in clinical social work, chemical dependency counseling, and marriage and family therapy, Harvey has been working with families, couples, and individuals for over 35 years. Much of his professional work has been with individuals who have a deep spiritual involvement and find benefit in psychotherapy.