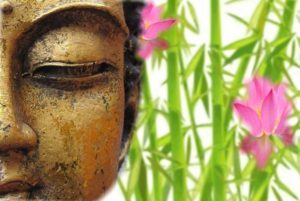 This broadcast is part of a series of Facebook Live broadcasts on “Beyond the Pain Identity: Connecting with the Five Wisdoms.” According to the ancient Tibetan Bön teachings, wisdom is a state of open awareness that is absent of ego identity, or the mistaken belief in one’s own inherent existence. The teachings further describe wisdom according to five characteristic aspects known as the five wisdoms. In each of five sessions, Tenzin Wangyal Rinpoche explains one of the five wisdoms and guides a meditation that helps you to connect with its essence. The five are:

These teachings are all part of Tenzin Wangyal Rinpoche’s ongoing series of Pith Instructions. In these teachings and guided meditations, Rinpoche draws from his own years of personal practice and reflection on the heart-essence of the teachings of dzogchen, or “great perfection.” The practice of dzogchen can transport the practitioner directly into the nature of mind, our real essence.